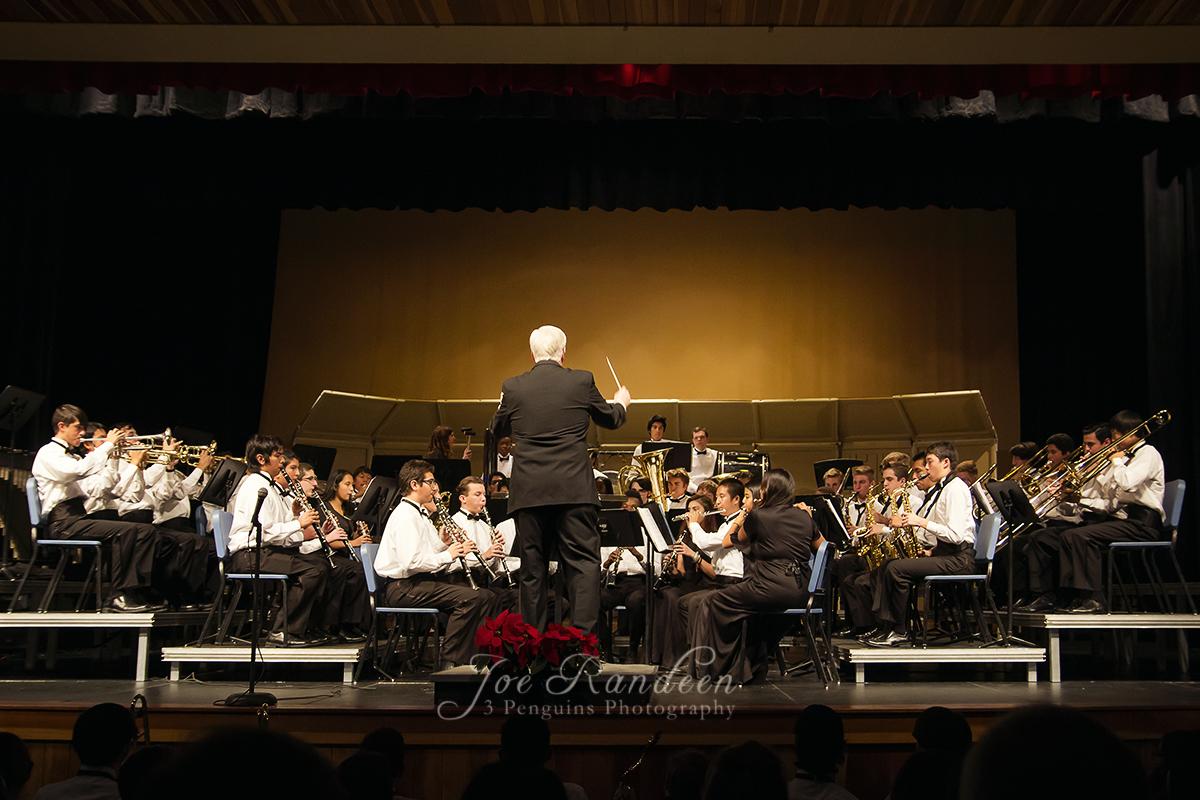 I had the pleasure of photographing the Bands and Color Guard for Santiago High School for two seasons now.  This year I was asked to design the programs for the Band Concerts. My experience in event photography came in handy.  Most of the photographs needed to be taken in low-light situations, both indoor and outdoors.

I love photographing events such as concerts, dance and theater performances, especially with kids and young adults because these photographs will become mementos for them and their children.

These two initial programs needed both color and black and white photographs.  I wanted individual shots or the musicians as well as group shots.  At the time, most of the photographs I had shot were those of the marching band season, yet both programs where concerts.  That forced me to ‘fake’ some of them.  That is, I shot rehearsal, and close ups to give the sense of concert shots.  After the first event I increased the number of shots I could draw from.

At the time of posting this, there was a gallery of photos to draw from. (Depending on when you read this the gallery may no longer be available).

There is also an event page at EVENTS as well as at 500px.