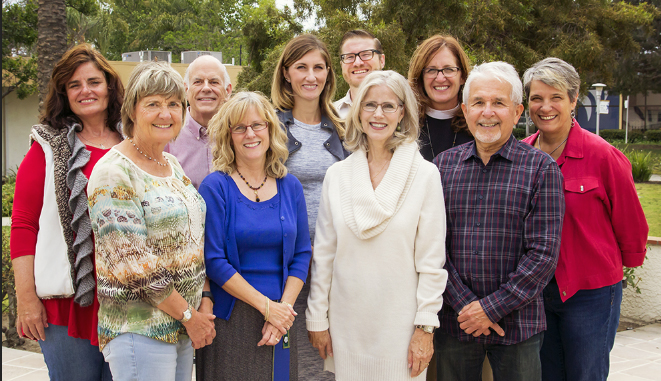 There are times when we (photographers) have to take group photos (staff or family) when someone is missing.  In this specific case, I had to add a head to a group photo. Since Photoshop has become an everyday verb, the client asks me to “Photoshop him/her in”. Depending on the situation, that can range from relatively easy to virtually impossible.  If you know in advance that someone is going to be missing from the photograph then you (photographer) have an opportunity to set the shot so that photoshopping will be somewhat easier.

Photo 1 is the group photo I shot.  In the spirit of full disclosure, this is the second group photo I shot.  The first one was missing one of the shorter ladies in the front.  It is far easier to add a person standing in the back than in the front, for obvious reasons.  When we scheduled this second shoot, everyone was present but by the time we shot it, one of the people went missing.  Since we ran out of time, I shot the remaining people and had to shot the missing person at a later time.

Photo 2 is a shot of the our missing gent.  Luckily he was the tallest of the group.  When I shot the group I left a spot where I knew I wanted to place him. I didn’t leave too much room as I was unsure of the lighting and other conditions that I may encounter.

Finally, Photo 3 is the finished, uncropped photo. I got his head in the shot okay but notice he’s got no legs.  Thus, the final shot had to be cropped in such a way that no legs would be shown.

Having to “Photoshop” in someone that was missing into a photograph is never ideal but it can be done.  You need forethought as to where the missing person is going to stand or sit, in addition to making sure the background and lighting is a similar to the original shot as possible.  Plus, you need know something about masking in Photoshop.

Looking for a photographer?  Give me at call